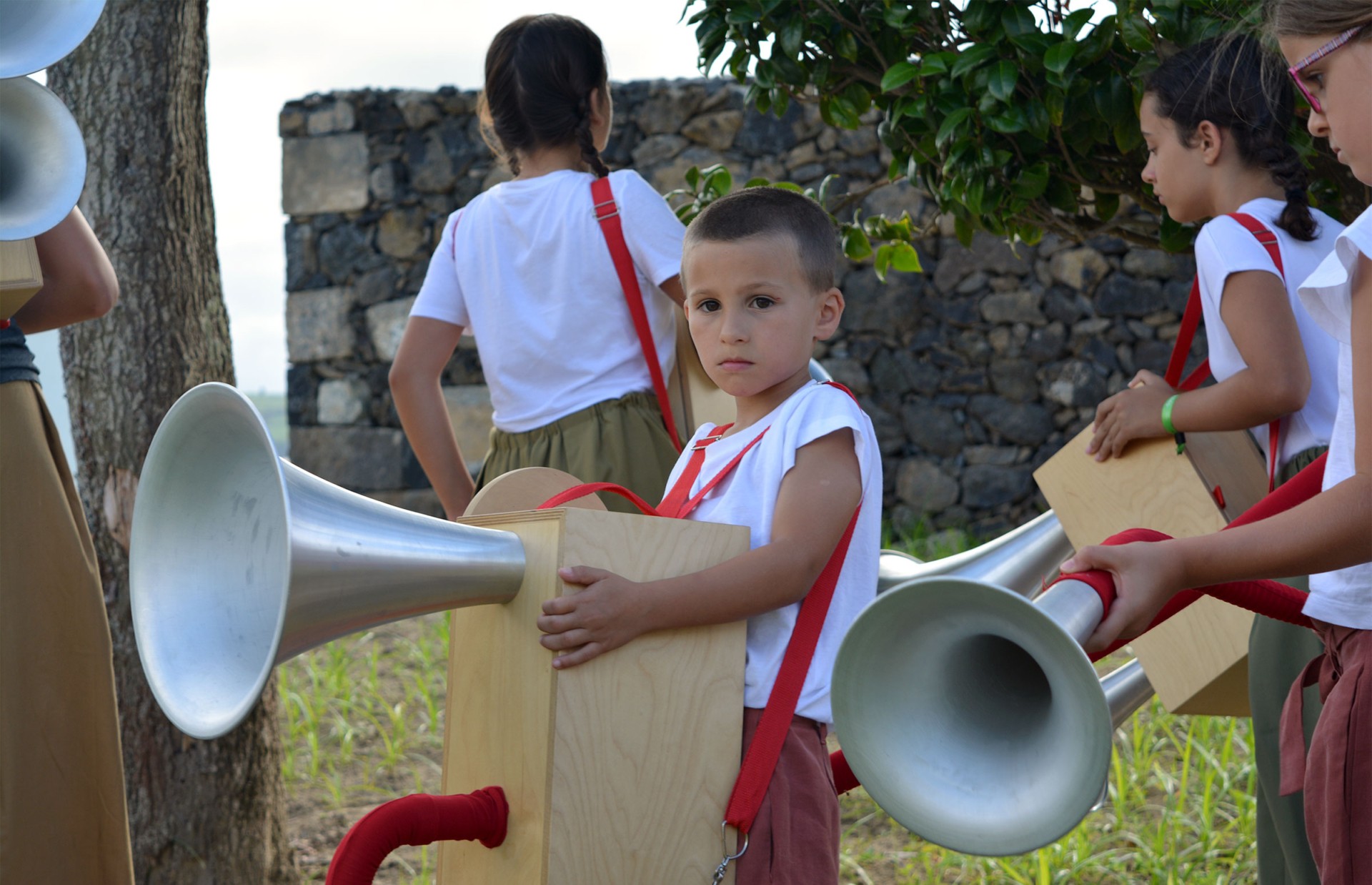 Murmuratorium won the award for Best Participatory Project with Young Audiences at the Young Audience Music Awards (YAMawards) 2020. We are delighted as Murmuratorium has special significance for us, not only from an artistic and aesthetic point of view but also because the project was created and developed with very “beautiful people”. In the international music scene, the YAMawards are a significant event: they identify and promote productions from around the world that involve children and young people and reward the creativity and innovation of music productions for this age group. The awards are given by JM International (JMI), an organization that promotes access to music and culture as a fundamental right of all children and young people. Watch the award ceremony on YouTube.

Murmuratorium has very distinctive characteristics: it is simultaneously a participatory music-theatre “performance” and an installation that can be explored in a free and informal manner. Giving voice to “delicacy”, “listening”, and the “revelation of beauty”, and allowing “togetherness” in a poetic and sensitive way, Murmuratorium brings together children and young people for a “journey” through art in a process of “attuning” people and the world. Murmuratorium was a co-production between CMT, Teatro Aveirense and Musiquim and was developed locally with a group of teenagers and young people that included participants from CMT-Kids and Dancenter in Aveiro and Musiquim in the Azores.

The echoes of Murmuratorium have been felt in various ways: the documentary “Murmuratorium — rumos and rumores”, by Luís Margalhau won the short film prize in the Avanca Competition category at the Avanca Film Festival 2020, the project was nominated in the category of best opera at the YAMawards, and, thanks to everyone’s votes, happily took second place in the public awards at the same event.

Congratulations and thank you to everyone.