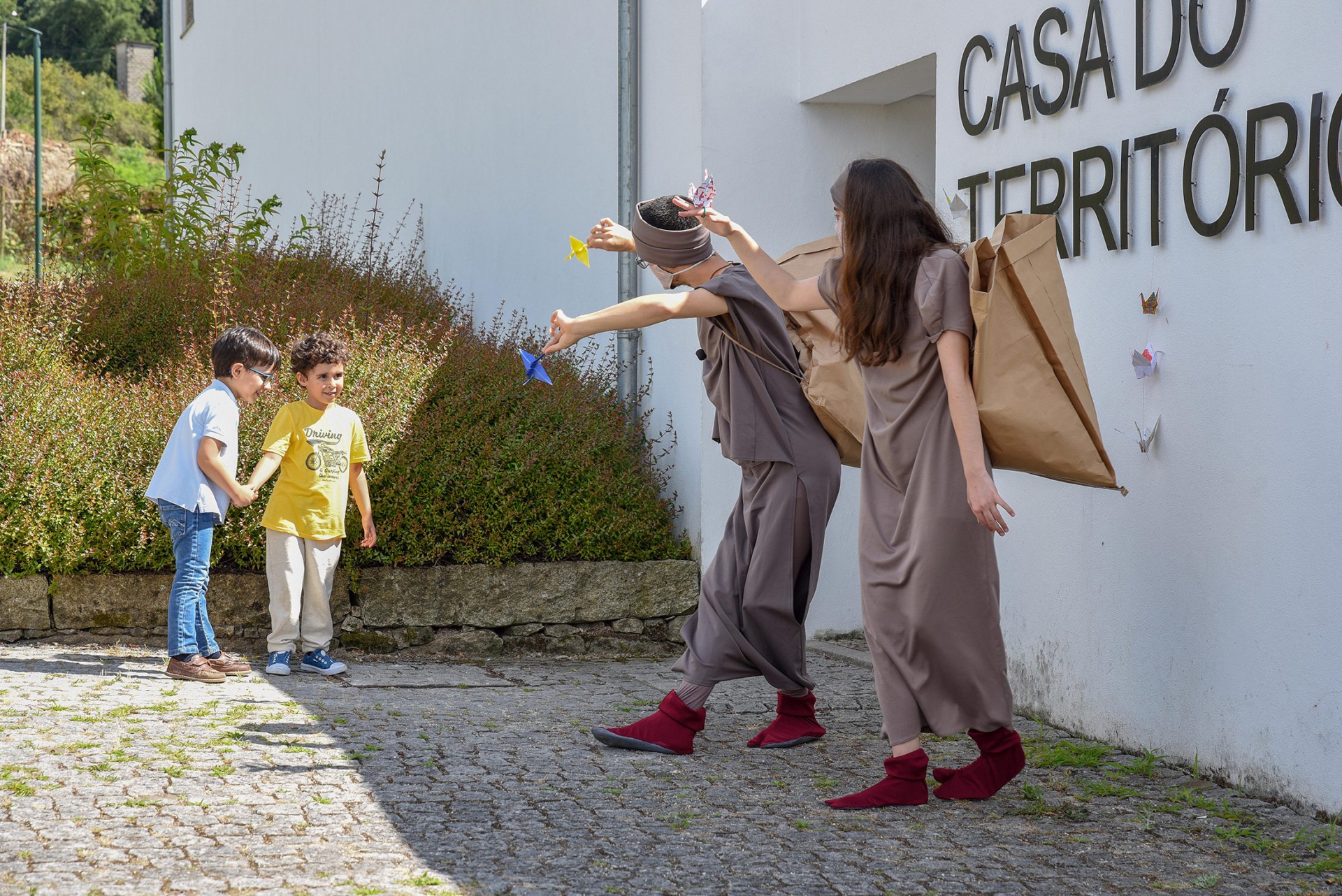 An Orizuro City is the imaginary place where we can find all our dreams. Because we need to do the impossible to make reality good enough. In an Orizuro City, art and education are ways to inhabit a verdant land. Birds arise from the inhabitants’ hands along with a common desire: to make a better world. Famalicão is an Orizuro City.

In 2020, in the context of the Covid-19 pandemic, we had the idea to take the ‘Orizuro’ project to all Famalicão families. So Casa das Artes and the municipality of Vila Nova de Famalicão posed a challenge to the population: “Think of a wish, express it in words or colors on a square piece of paper and make an ‘Orizuro’. Let’s transform Vila Nova de Famalicão into an Orizuro City.”

In traditional Japanese culture, an orizuro is an origami shape that represents a bird. It is also the symbol of happiness, as it is believed that if you make a thousand orizuros while making a wish, the wish will come true. An Orizuro City is home to more than a thousand birds, a happy, colorful city where all wishes take flight.

Between June and September people were invited to create flocks of paper birds at home and put them in their windows or on their balconies. Or to put them in one of Orizuro City’s “nests” at Casa das Artes, Casa do Território do Parque da Devesa, A Casa ao Lado, Fundação Cupertino de Miranda, or at Vila Nova de Famalicão town hall. These places were “sites” for performances by musican-actors from CMT who created short films that would later become part of the show O Céu Por Cima de Cá. Some of the birds also went on stage. 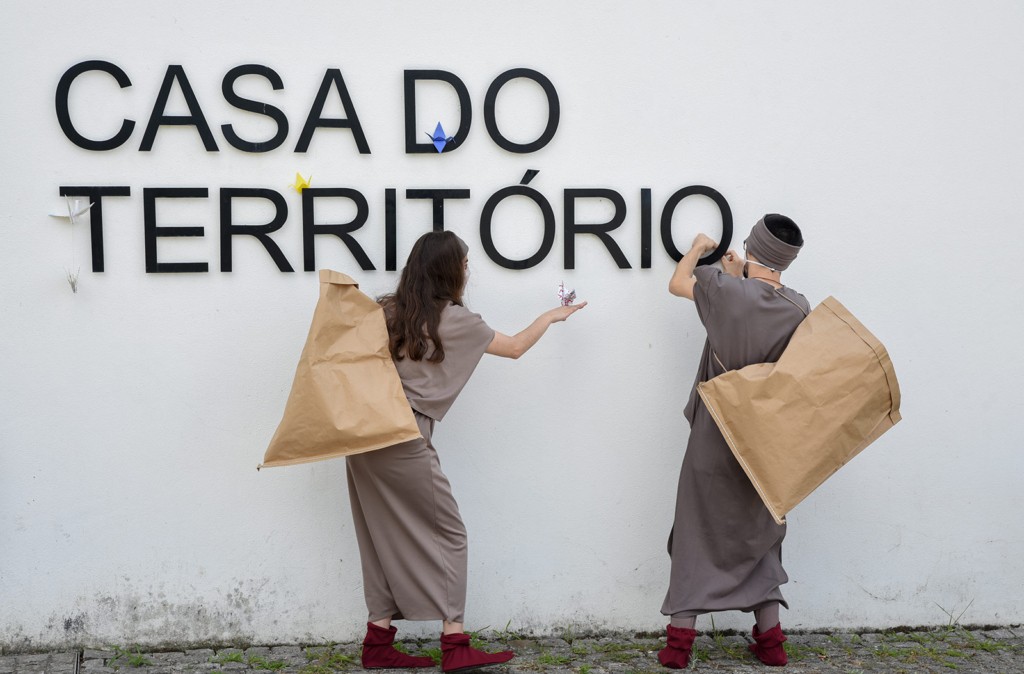 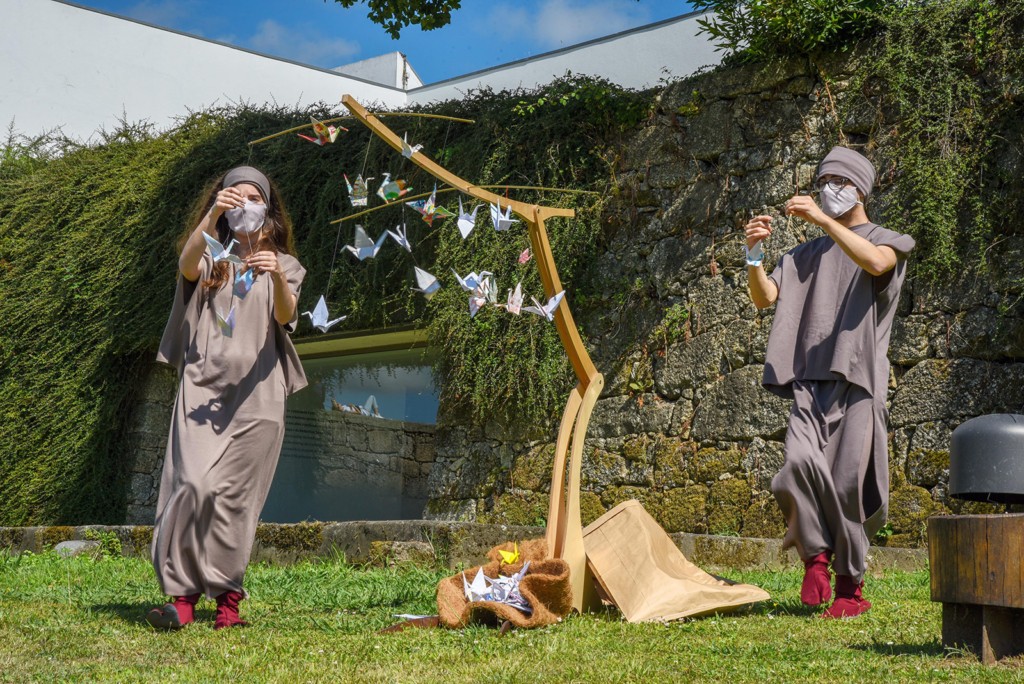 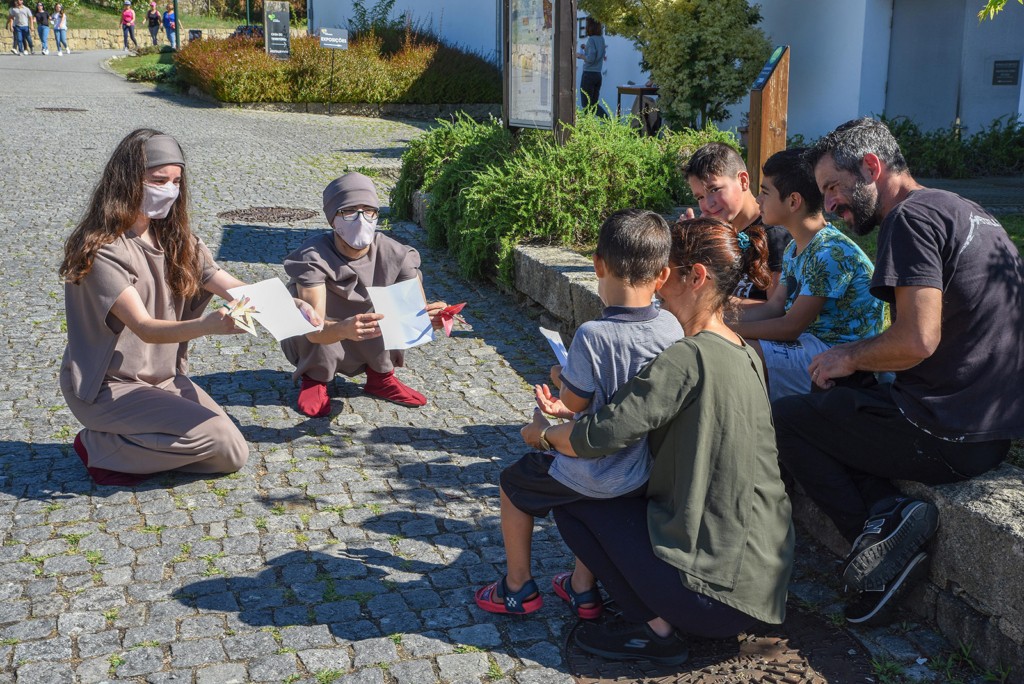 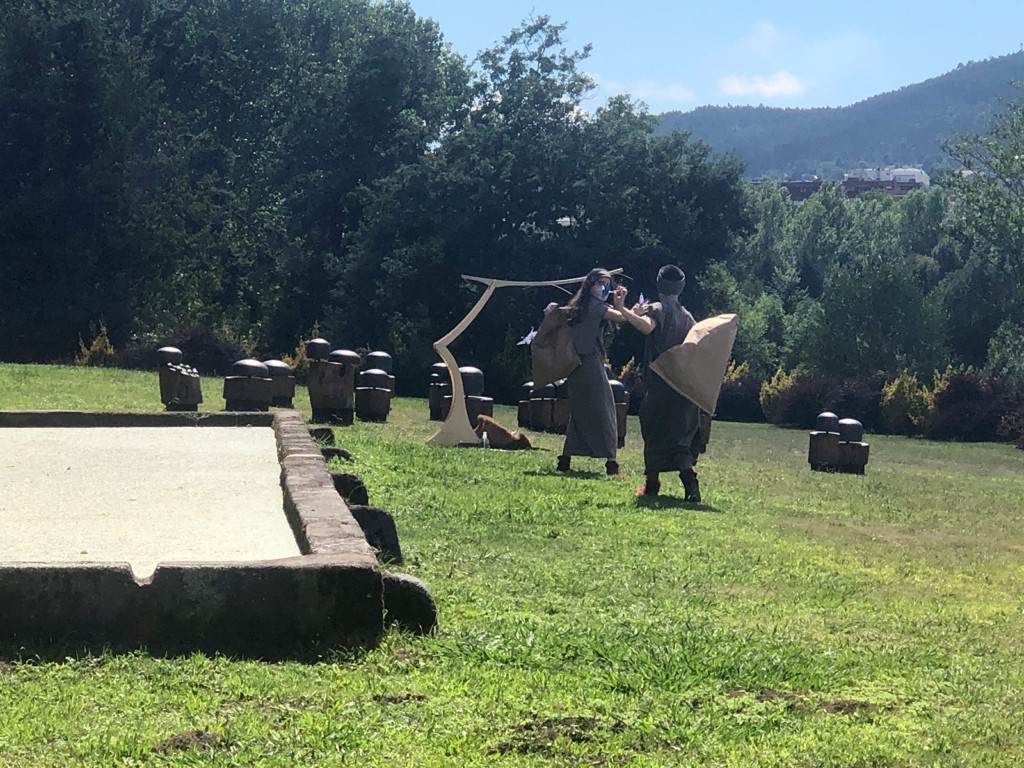 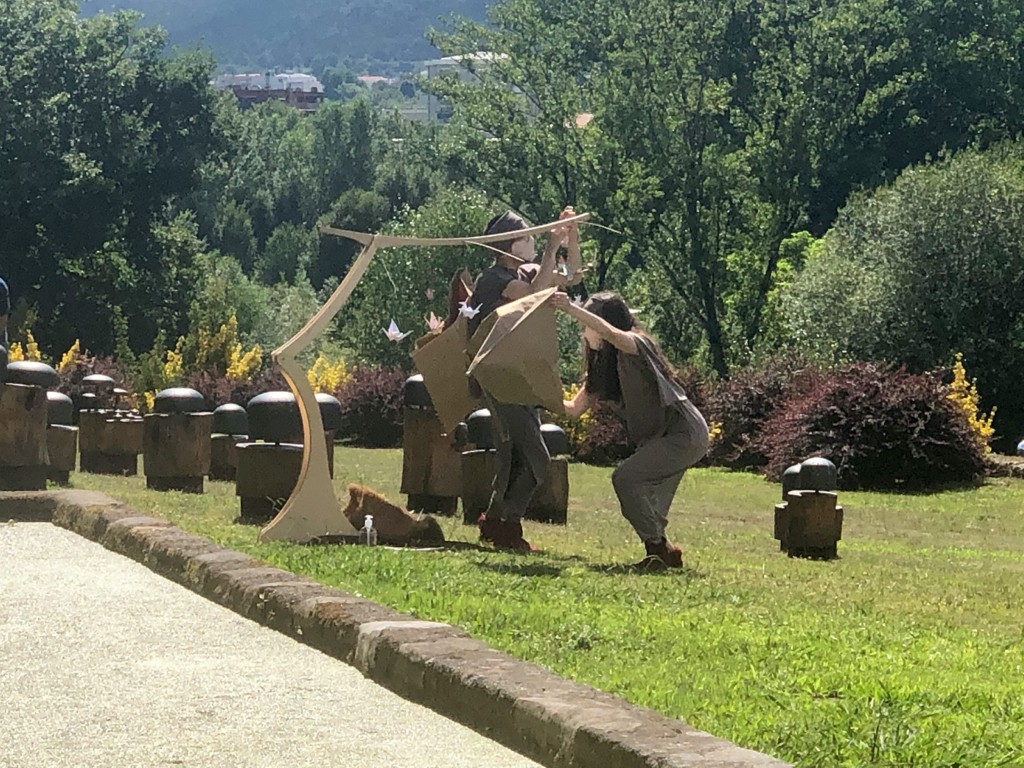