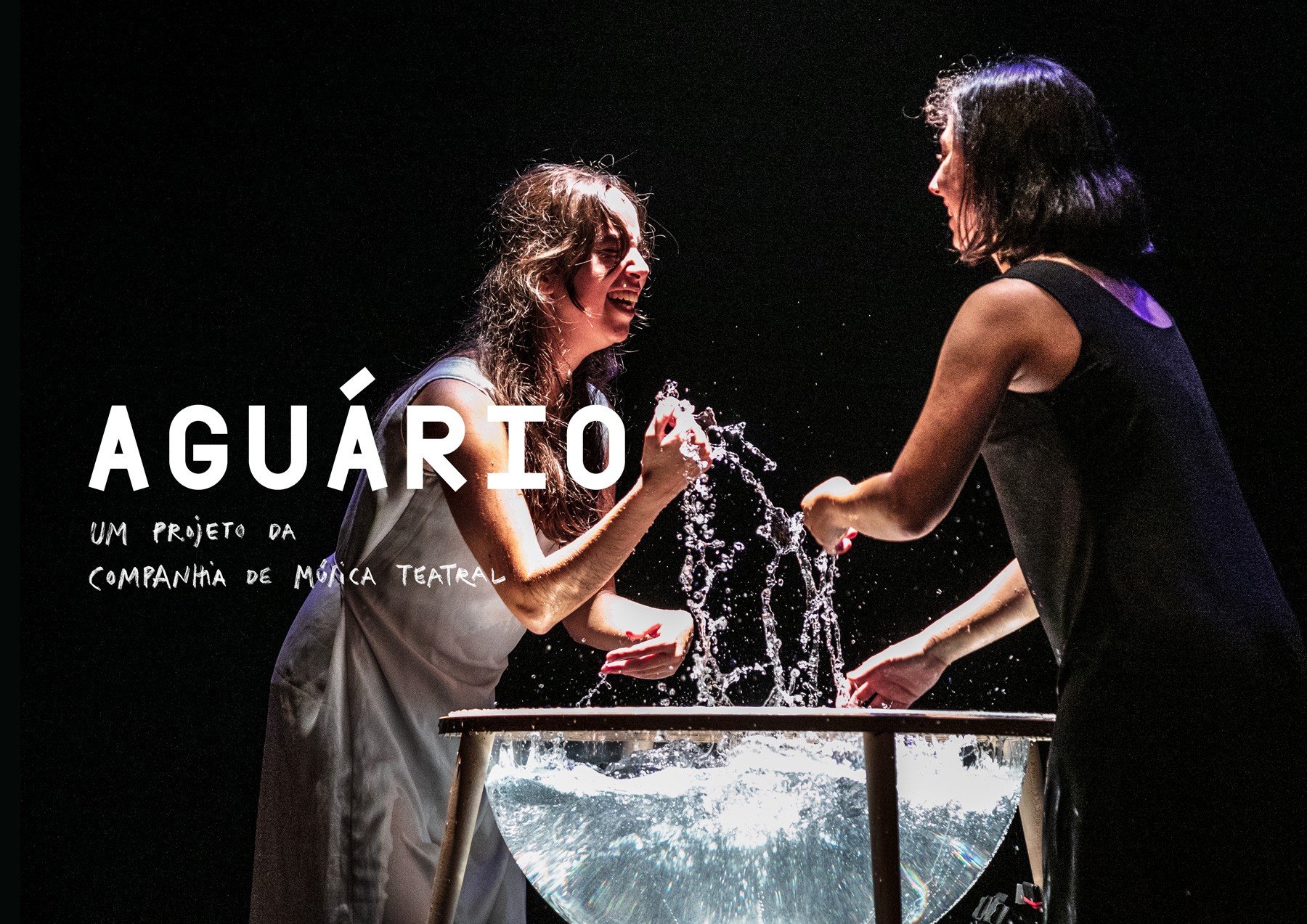 Water, an essential element for life, a scarce commodity, increasingly important for our survival on the fragile planet we inhabit, can also be “artistic material” to be shaped as trace, gesture or sound, flowing in time and space. Connecting everything and everyone, for that is the nature of water.

It is said that there is a language spoken by raindrops, sea waves, fountains and rivers. That conversations can be heard even in the clouds, as well as in the dew drops, where it takes on delicate shapes that are only heard in the early morning. In the deep ocean, on the contrary, it sounds deep and majestic. As with other languages ​​whose dictionaries are yet to be made, it requires attentive listening and the ability to imagine. When this is so, music emerges. This is the starting point of the artistic-educational constellation Aguário: a set of three autonomous experiences, which can be presented individually or in articulation, allowing different audiences, in different ways, to enter an artistic journey that uses water as a starting point for contemplation and enjoyment but also for environmental awareness.

The mother-piece, Aguário, is a set of “performative poems” where the multiple voices of the water and the beings that inhabit it mix with the piano, the human voice, the body and movement, scenic objects and the projection of images. With subtle references to various musical universes, the sound journey crosses recorded landscapes and sounds produced by scenic-sound objects that use water as sources of sound and image captured in real time. The theatrical action also develops from the manipulation of water, transporting the spectator to a dreamlike universe where the abstract and the concrete intersect, a sense of humor and serious matters flow as if they were spouting from the same source. It is a show designed for audiences from 6 years old and for performance spaces equipped with lights, sound and a grand piano. The public sits in the audience and the show takes place on stage, but various forms of “proximity” or “participation” are used to create a sense of complicity between the public and the artists.

The portable piece, PaPI-Opus 9, is an experience designed for babies and young children, in a highly intimate format, which encourages attentive listening and interaction. It allows for presentation not only in conventional performance spaces (in which case the public sits on the stage) but also in other spaces such as libraries or kindergartens. Similar to the other PaPIs (Peça a Peça Itinerante) it is intended to make the contact of the little ones with theatrical music go further, earlier, closer. The sound of the manipulation of scenic elements intersects with imaginary soundscapes created with recorded sounds; raindrops, ocean waves, fountains and rivers, whales and icebergs are part of a universal language of which voice and movement are also part. Conversations in “agualim”, one of the dialects of music whose dictionary is yet to be created and thankfully.

The Oficinas da Água is an open format based on the idea of ​​”artistic residency”: a multidisciplinary artist works with a group of people over an agreed period of time, exploring tools and expressive territories that are based on the piece Aguário. At the Oficinas da Água, ideas and artistic languages ​​(music, image, movement) are combined to poetically approach the “matter” without which life, as we know it, is not possible. Water is part of us and is an increasingly scarce and precious commodity. Working with water as an artistic material is not only a starting point for the development of expression and creativity but also a way of raising awareness of the importance of taking care of each other and the Planet that is our home. 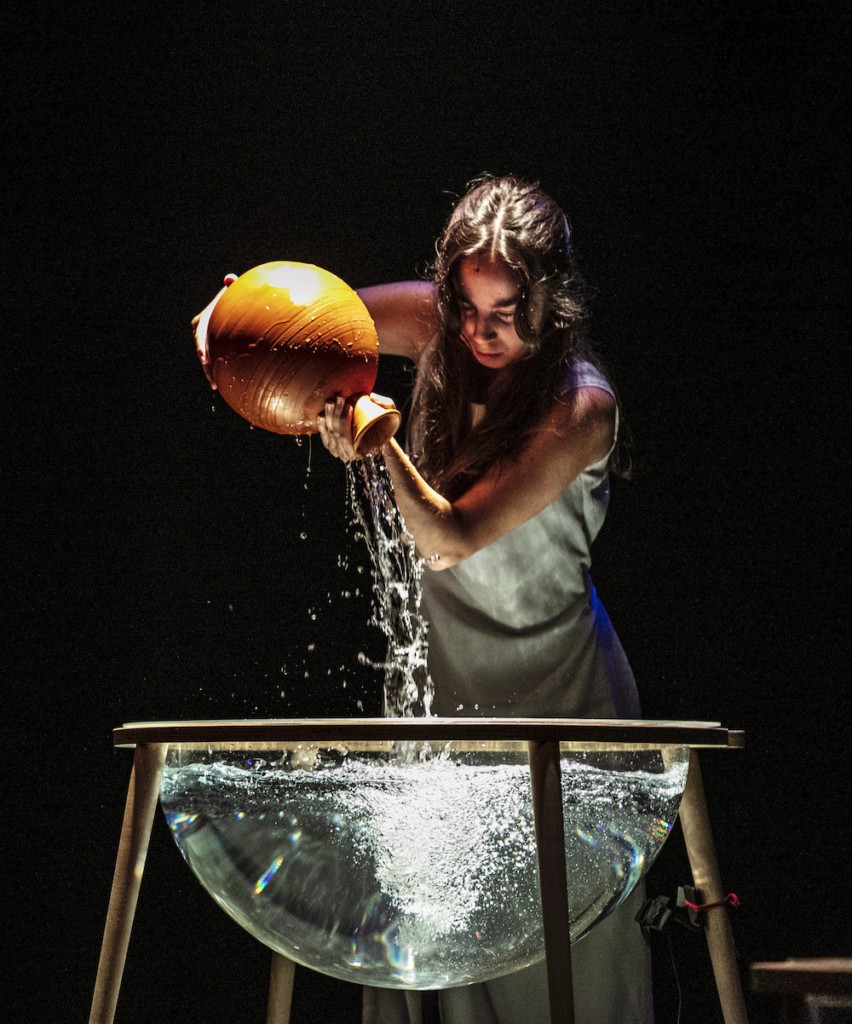 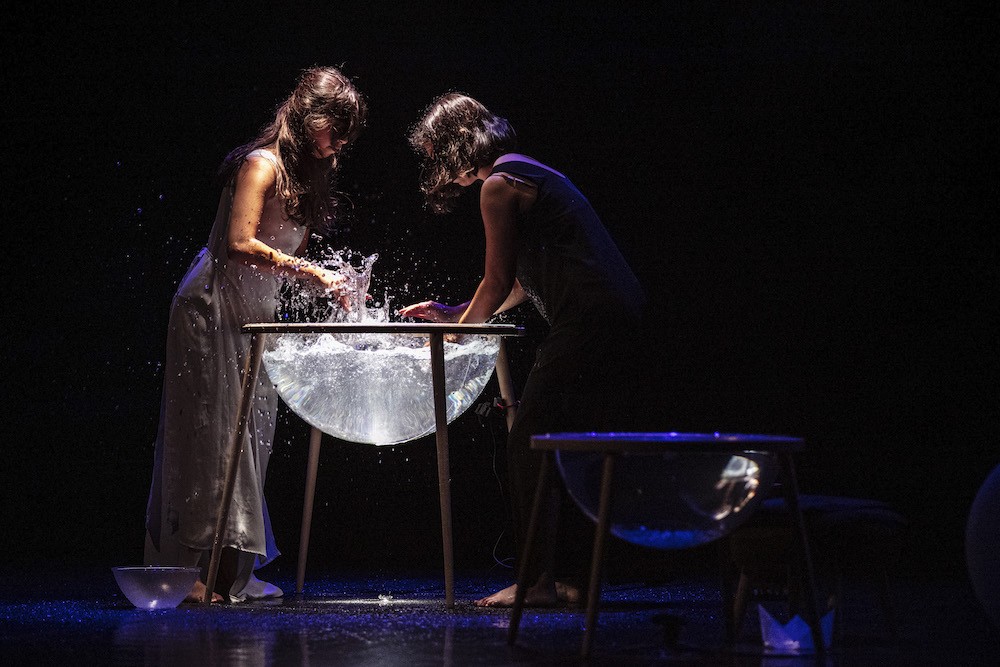 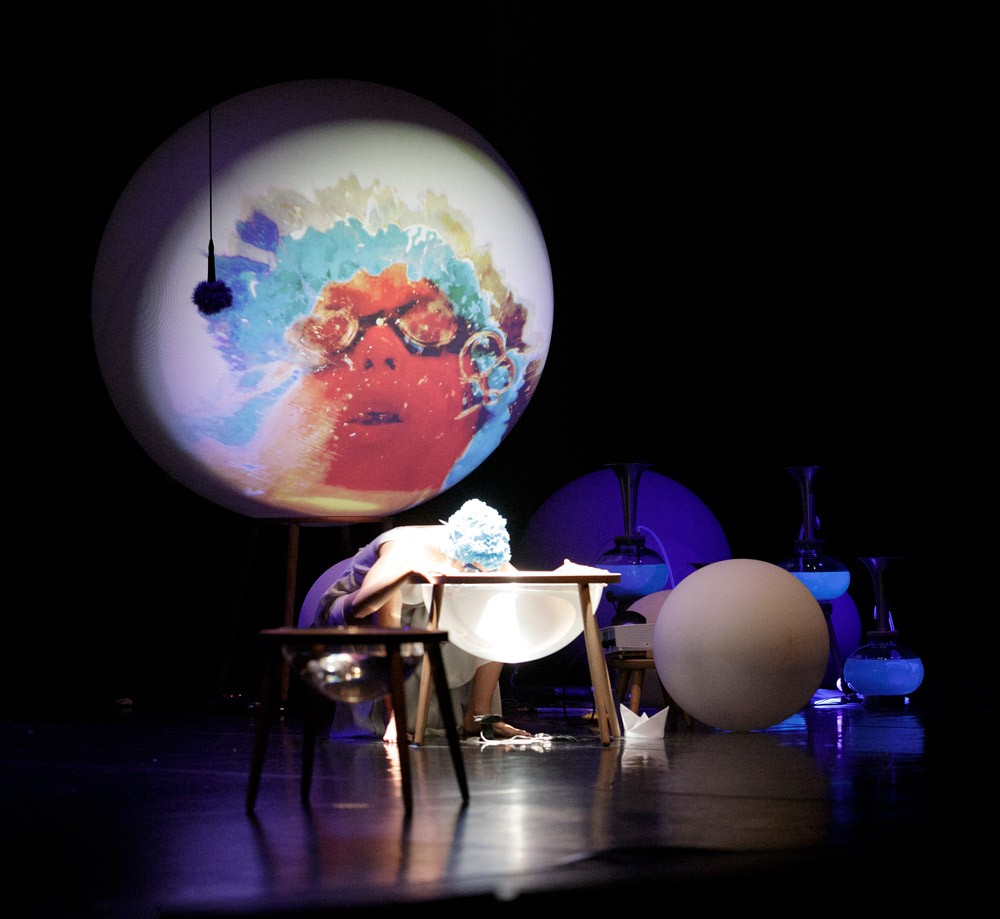 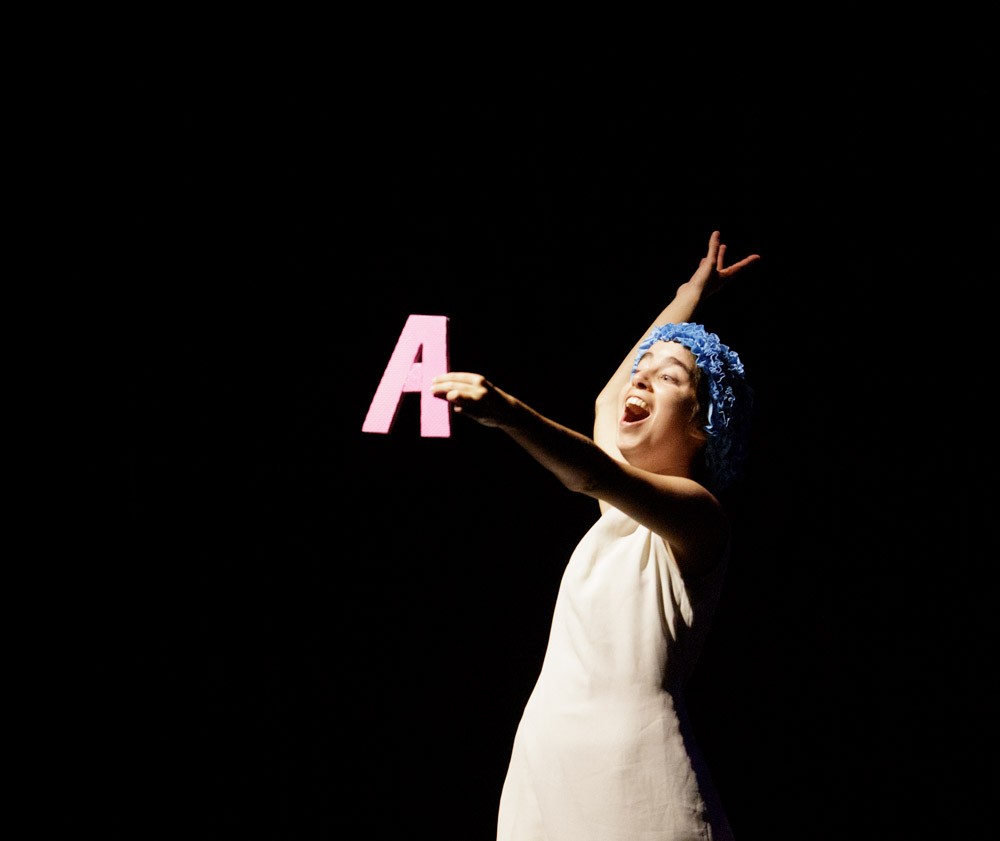 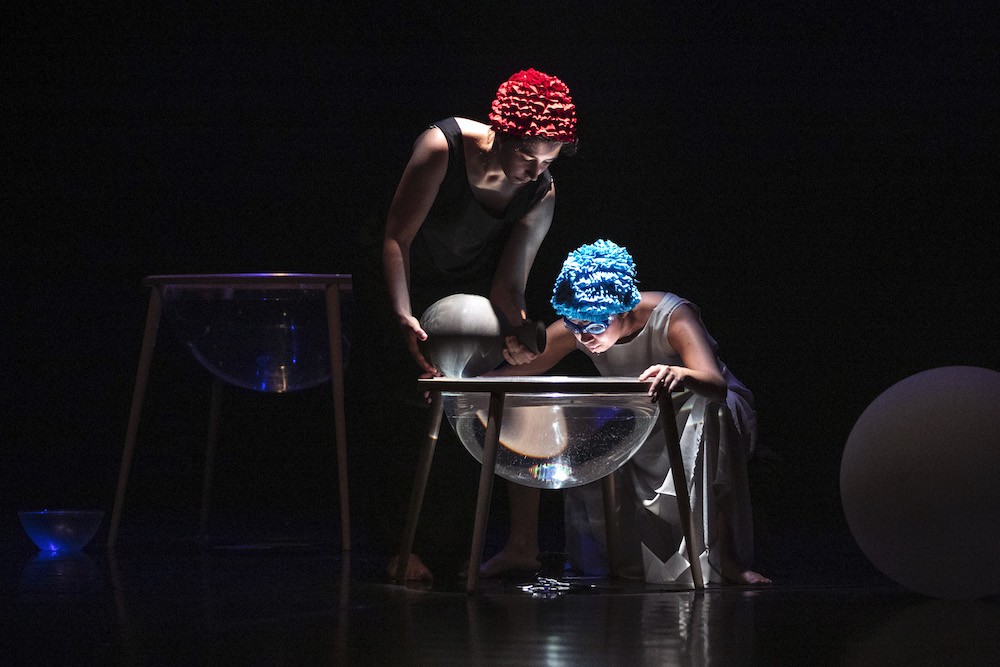 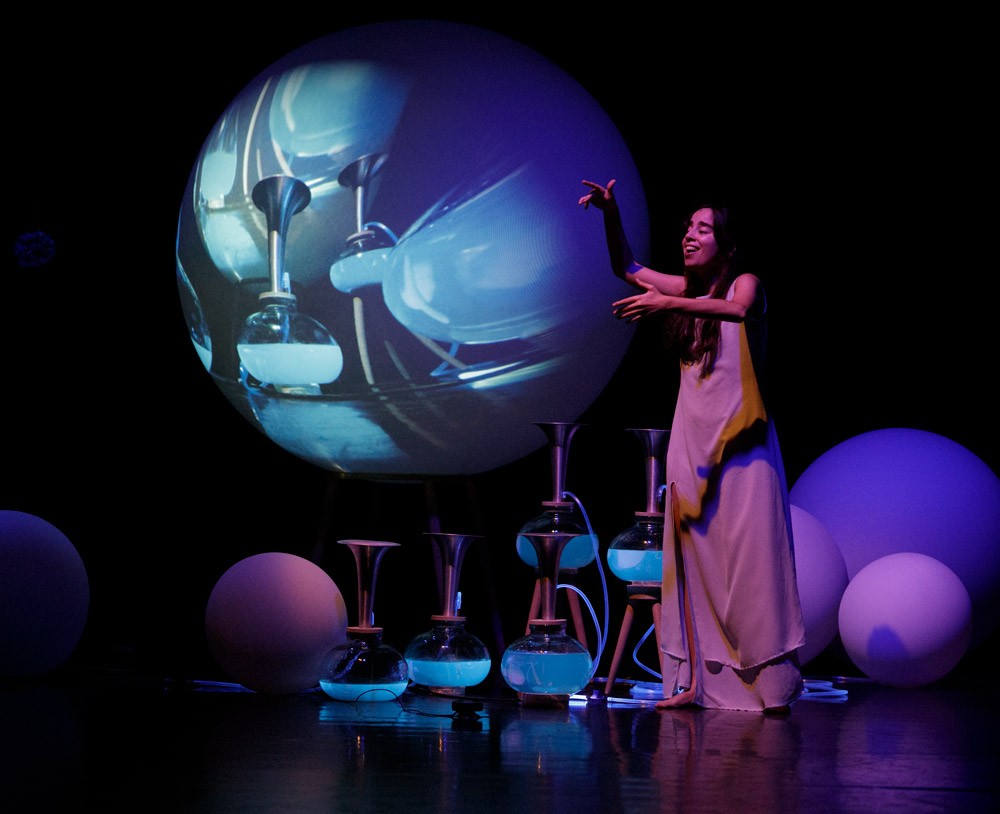 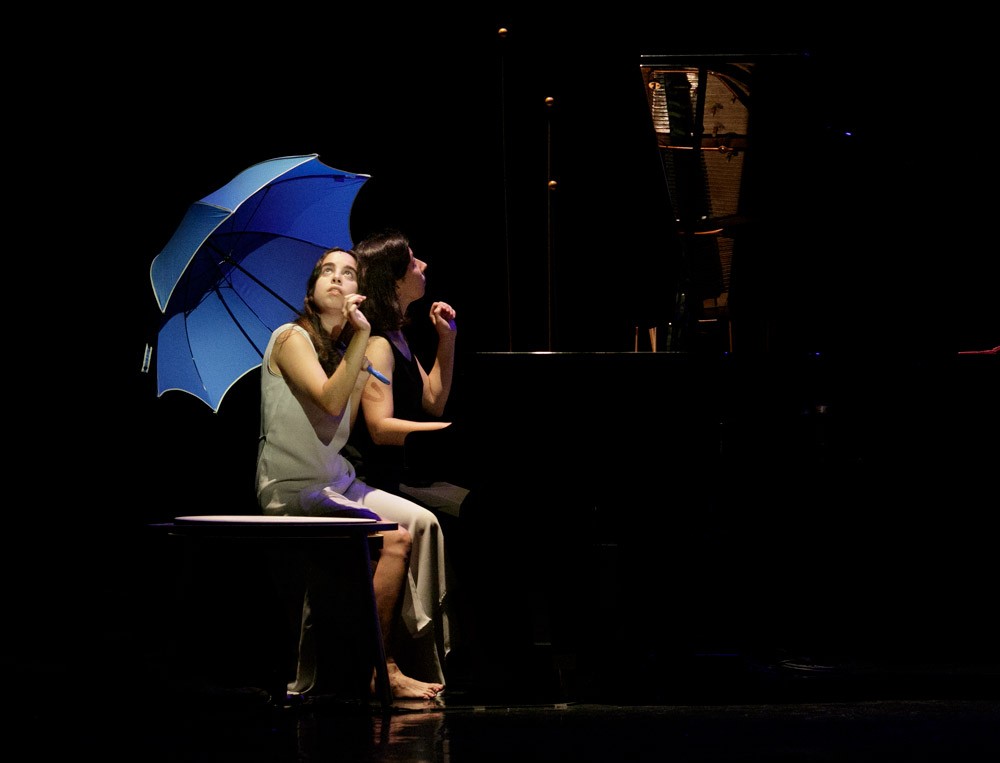 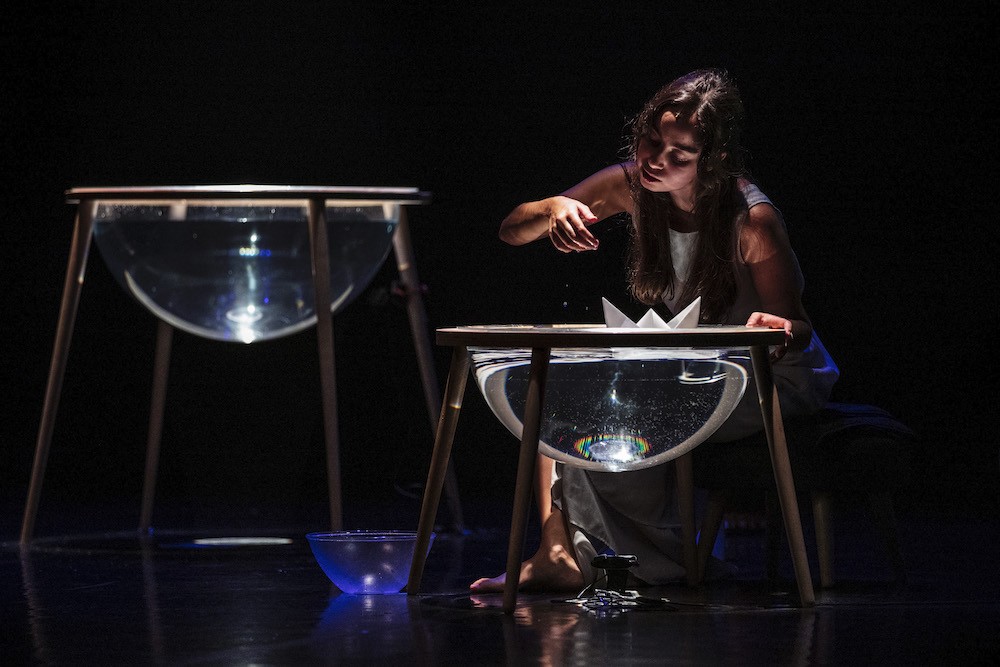 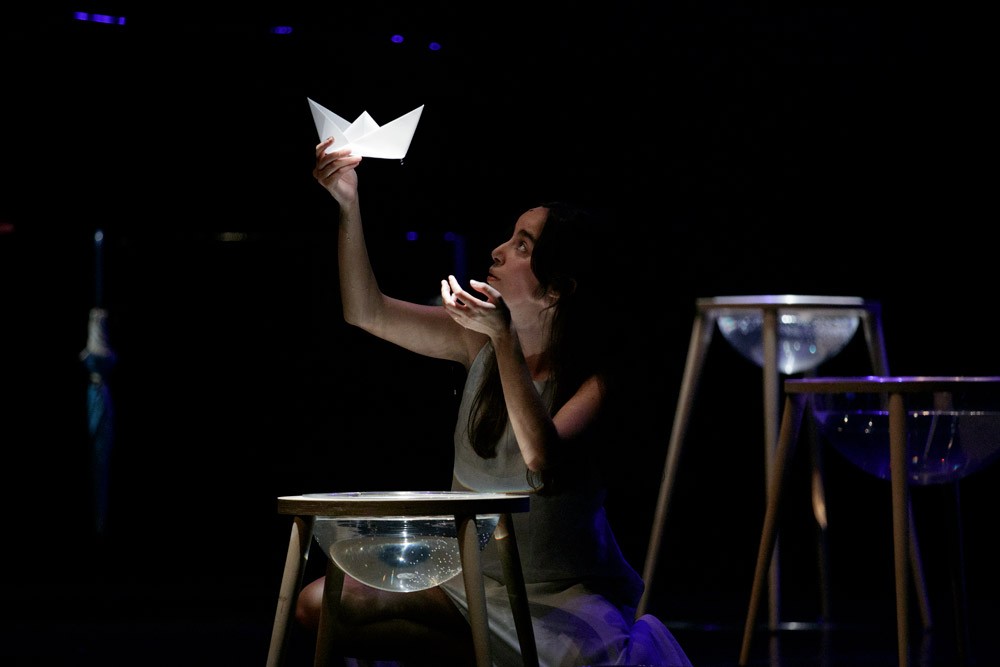 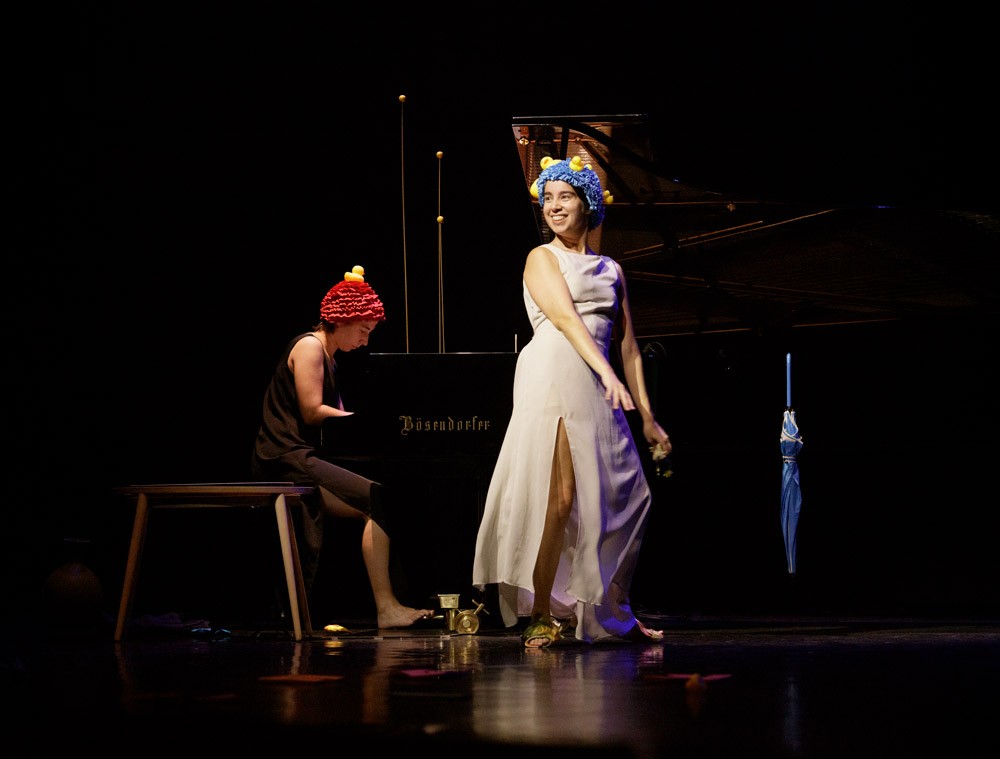 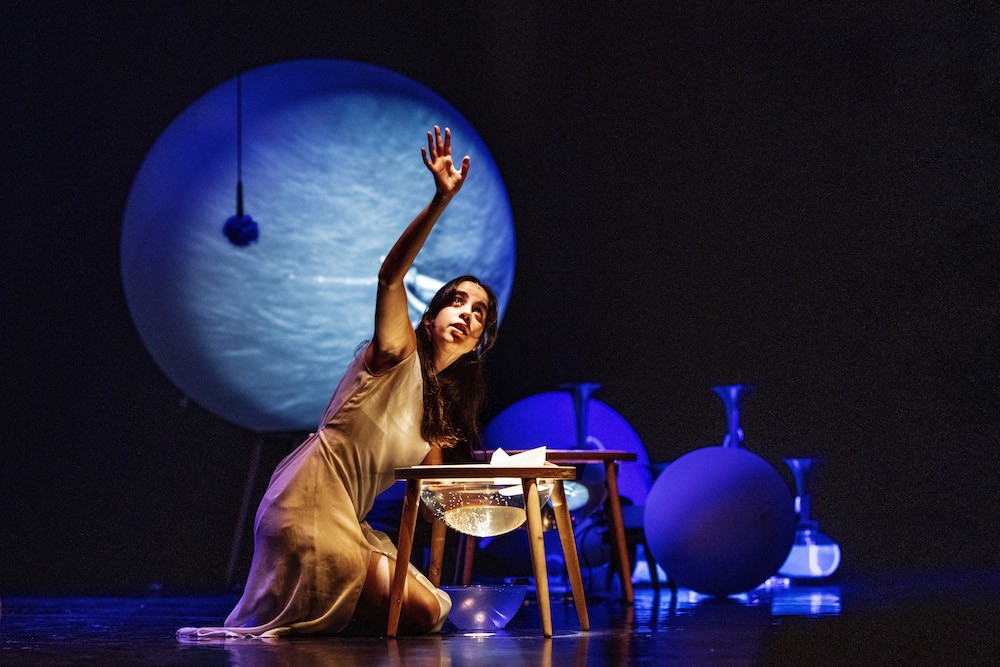 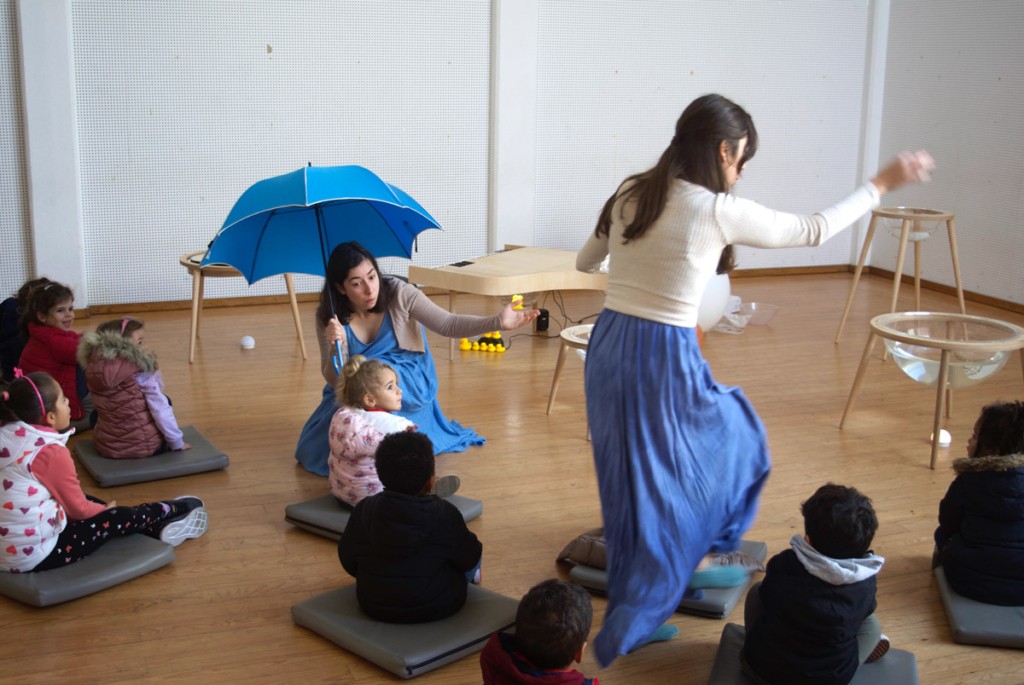 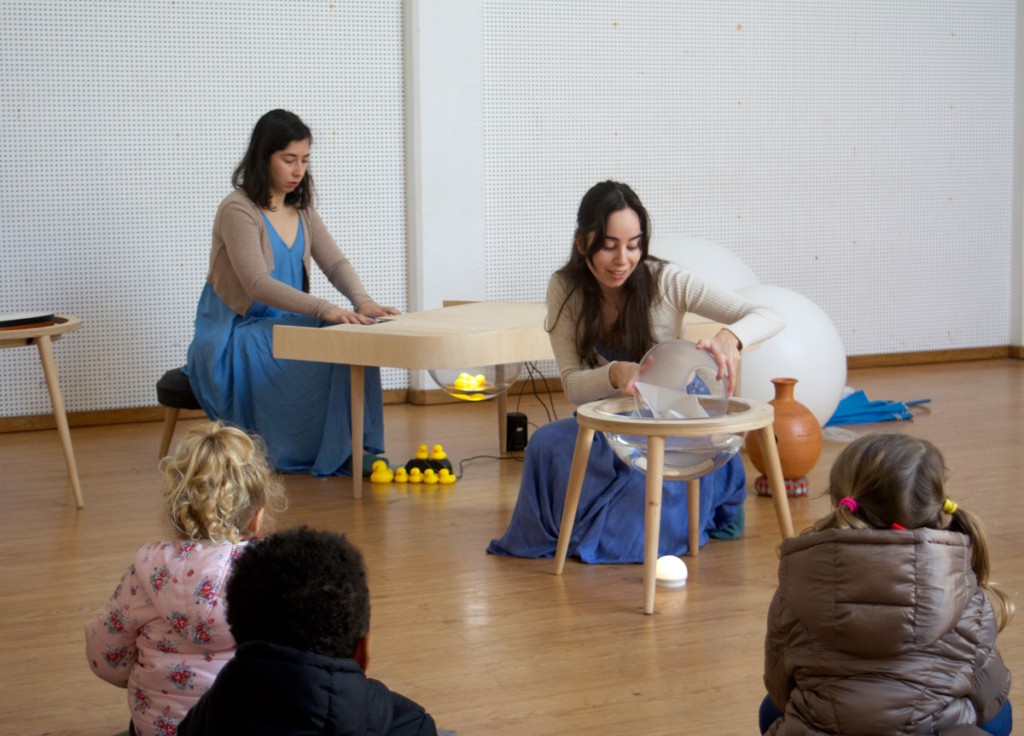 Many are the shows advertised as “for the all family”. Only a few manage to do it as well as Aguário, because of the lucid and ludic way it recalls an impressive myriad of musical references.

First there was silence. Then, the magic started, submerging us in color, shape, sound and movement, and endless sequence of new beautiful surprises that enchanted little ones and grown ups during an unmeasurable period of time. Don’t stop… Don’t stop… When will it start again? Thank you for enchanting me once again.

What a wonderful way to inform people of all ages, but especially children about the urgency to take care of the Waters of our beloved Planet, everywhere in everything!
I was completely taken away with the beauty of the images, the acting, singing and playing by these enormously talented young women! Their passion, their hope and despair transmitted with this unbearable lightness of being in this critical moment of the planet.
The whole show I was taken away and led by surprise after surprise, with laughter, sorrow and HOPE. It kept me vibrating, thrilled and in awe with deep respect for the whole team of Companhia de Música Teatral! Please keep going! 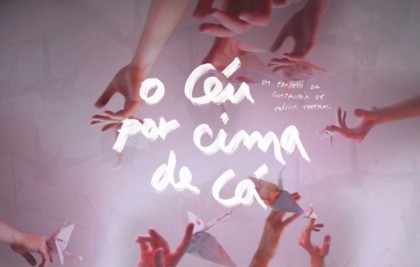 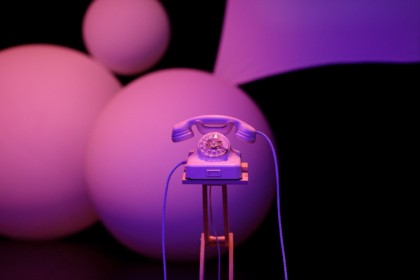 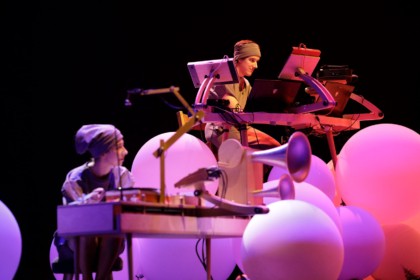 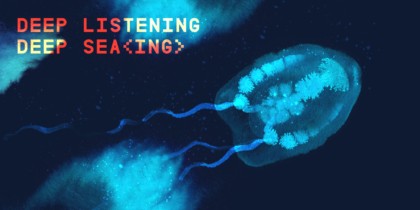 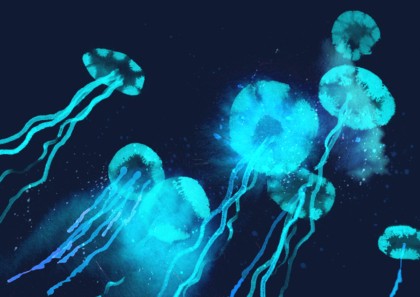 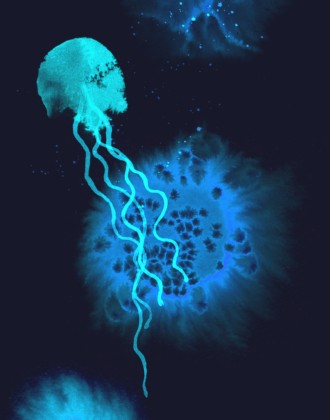 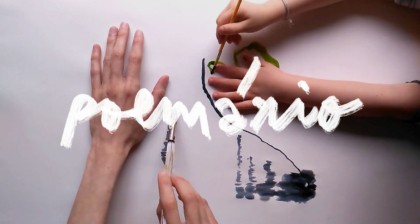 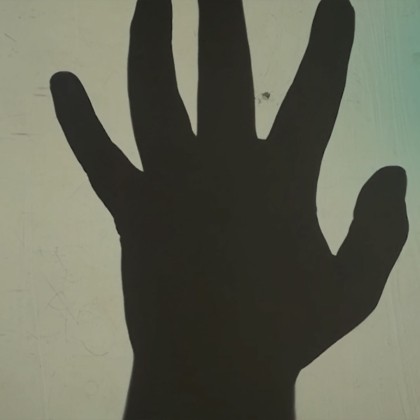 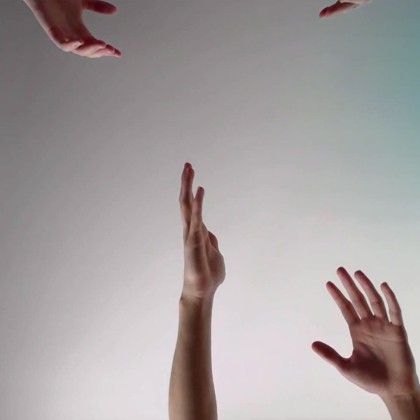